The Cliche NYC Landmarks That You Really Should See To Believe 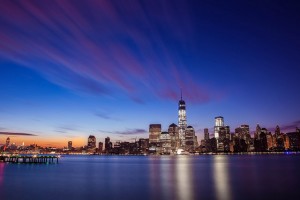 The famous New York City skyline is a landmark in and of itself. Photo by Anthony Quintano (Flickr)

The Cliché NYC Landmarks That You Really Should See To Believe

Frank Sinatra sang it best in his famous “New York, New York”: Few cities rival New York City for history and excitement. Where else can you see the world’s most recognizable skyline, enjoy food and entertainment second to none, and see where your ancestors likely stepped off a boat and onto American soil? New York City has landmarks as famous as the Eiffel Tower in Paris and Rome’s Colosseum, and yes, some are admittedly cliché, but you really should see them anyway.

In honor of one of the most famous late-night shows filmed in New York City, I’m going to give you my top 10 must-see cliché NYC landmarks. I’ll put them in alphabetical order; it doesn’t matter in what order you visit them.

This entry was posted in new york city, new york city where to visit, nyc travel tips. Bookmark the permalink.