Fun NYC Activities To Help Pass The Time This Winter 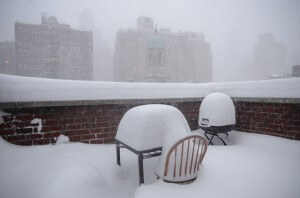 There’s one part of the year that most people like to run and hide indoors: winter (and by winter, I usually mean late January and mid-February). Though it may still be comparatively mild this year, don’t run and hide at the first glimpses of snow. There are still plenty of fun things to do during this largely depressing time.

Anytime Ideas for Getting Warm

This entry was posted in new york city, winter weather. Bookmark the permalink.