Grease is the Word- By Maria J

Posted on October 8, 2013 by Fatima Wiszniewski

Once Busy Bee had a client, which was a fast food restaurant in Times Square.  Busy Bee was sent to do a deep cleaning of the restaurant after their closing hours and through out the night. Everyone thought the job was done well, until the bosses received a phone call 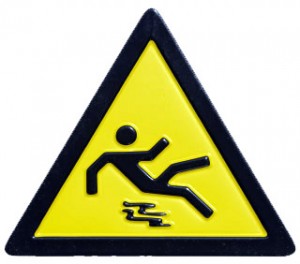 demanded that Busy Bee go there, clean it up, and pay the $1,000 fine that city department had given them that morning.  When the bosses called the two men who were assigned to the job, they denied it and claimed that the fast food restaurant was lying.  The bosses then called the fast food restaurant to get their side of the story and the manager said that it had all been caught on tape, and not just the fast food restaurant’s surveillance camera, but by multiple cameras on the streets in Times Square!  Feeling the need to check it out, the bosses passed by the fast food restaurant after work, and they discovered the whole sidewalk covered in caution tape and cones were positioned around the perimeters.  City workers covered the whole greasy section with sand and tourists were walking around it and taking   The bosses immediately told the employees to clean the sidewalk, and unfortunately had to pay the fine.  It’s safe to say that those employees no longer work with busy bee.

The lesson of the story is that you never know when big brother is watching you, so don’t do anything that can come back and bite you in the behind.  Another lesson is to never pour hot grease on a busy sidewalk, but I think that’s a given.

This entry was posted in Newsletters. Bookmark the permalink.