How To Make The Most Of NYE In NYC

Posted on December 22, 2015 by Greg Wiszniewski 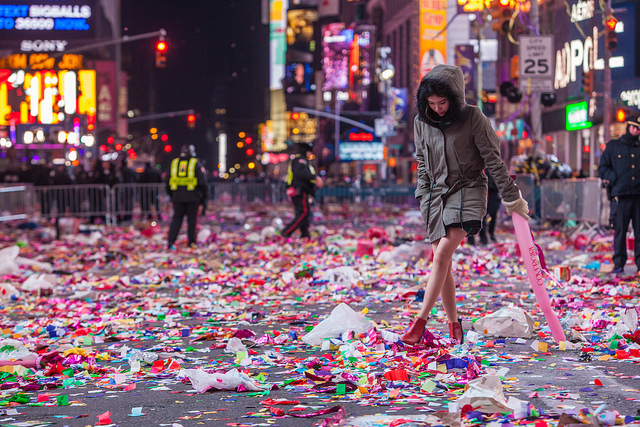 You don’t need to be in Times Square to have a great time in NYC this New Year’s Eve!
Photo by Anthony Quintano (Flickr)

I try not to needlessly judge people who are crazy enough to wander toward Times Square on New Year’s Eve in New York City just to watch the ball drop. But there are so many other parties, events, galas, concerts, and things to do that can lead to a great evening out without needing to be stuck in that mess. I feel like everyone should do it once, but after that, you’re free to wander the greater city to find the many other things the locals like to do in NYC on NYE (New Year’s Eve). Check them out; this city has so many great things to offer!

Free Stuff to Do

When You Want to Start Your Resolutions Early

This list just barely scrapes the surface of what’s out there. And who knows? The best option this year, if the weather stays nice, might just be to climb to your roof to watch the fireworks with someone special. Whatever you do, remember to stay safe and drive sober, and have a happy new year!