Posted on November 13, 2013 by Fatima Wiszniewski 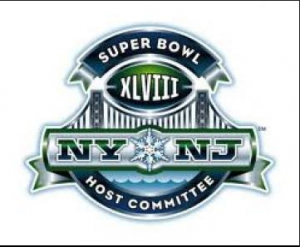 The logo for the 2014 Super bowl. Superbowl 48 will be the first outdoor, cold-weather edition of the championship.

When you think  Super bowl 48, What do you think of? Have you ever thought about the time and months of preparation that goes into place for the stadium that will be hosting it? When people think about the Super Bowl, they think football, parties, food, beer, sports, crazy fans but never about what happens if it snows. This year I bet you didn’t realize that 850 people will be needed to shovel snow if that event so happens. The 43 teams of 20 people will be called to shovel the day before if it snows and may even have to be on call the whole game if it snows that day. The Super Bowl will be held at MetLife Stadium in Rutherford, New Jersey. Busy Bee Cleaning Service has been contracted for a little less than half of the workers to tackle this messy job. The goal of this job is to safely and efficiently remove snow and ice from the stadium, parking lots and walkways. A lot of training has to go into this job, as snow removal is a highly coordinated effort that requires each person to know their role and carry their part. 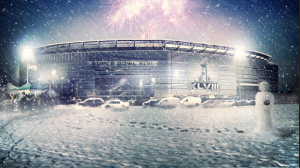 The MetLife Stadium may be hit with snow foro the Super bowl 48 but don’t get worried, Busy Bee is here.

The Super bowl 48, will be the first outdoor, cold-weather championship in the history of the event.  Many have wondered what will happen if there is to be a blizzard. Officials from the New York and New Jersey Super bowl host committee assures thought that they are ready for anything that mother nature may throw at them. They have planned out multiple action plans for any type of winter weather that could occur. Some fans are anticipating the cold weather and want it to enhance the elements and the difficulty of the game. The game of football is supposed to be experienced in the elements and they do sometimes add to the difficulty of the game and the fan enjoyment and memory. But also for the sake of the players and those in attendance, I hope that there is not a blizzard and that snow only hits before the game. As the cold alone will enough difficulty to the player, and fans should not have to be worried about facing the safety hazards and restrictions that come when a blizzard happens.