Posted on February 17, 2014 by Greg Wiszniewski 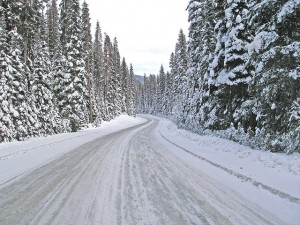 As soon as a snowstorm hits home, my bones begin prematurely shivering. Even thinking about going out in the freezing cold with a shovel in hand makes my teeth chatter. Whenever I need to tackle a task quickly and with the least amount of effort, I always ask myself, “What would Homer Simpson do?” Shoveling snow is something I want to get done fast, or at least before the snot running from my nose begins to form icicles. Homer Simpson has mastered the art of being lazy, yet he somehow manages to accomplish things, even if he is not always successful. If you are bundled up in the comfort of your home and looking to stay warm, here are three ways you can get your driveway cleared in Homer Simpson style.

When you find yourself staring at the shovel with nothing but dread, you should buy a snow plow; it will cut the sweat and pain in half. Don’t have enough money? No problem! Start a snow plow business. I know that might not be the best business plan, but Homer Simpson did it, and that makes it all the more tempting. Once upon a time, Homer Simpson had a business called Mr. Plow. I say “had” because you can guess how well his snow plow business did. After crashing his car and needing to purchase a new one, he decided to buy a truck with a plow, thinking that the extra money on the side would cover the monthly payments. It started out very successful, but with a little competition from a neighbor, and eventually the melting of the snow, he lost his business and his truck. Buying a truck did free his driveway of snow quickly, though, so I think we can agree it was money well spent.

When I was young and new to home ownership, I did everything I could to avoid shoveling my driveway. There was not enough time to grab a shovel and spend an hour or more scooping snow into piles. It was hard work, and almost every time I finished, it would start snowing again. Every. Single. Time. It was at my breaking point, when the shovel broke in half, that I turned to Homer Simpson for inspiration. Instead of shoveling anything, I would get in the warmth of my car and begin driving back and forth. After several very quick minutes of driving up and down the driveway, all of that snow was smashed flat into the ground. I could leave my driveway without even pulling on a glove.

The problem with driving over the snow repeatedly is that it makes the snow so thick that it is nearly impossible to shovel. Actually, it makes it completely impossible. This didn’t slow me down, though; I kept it up until my car could no longer get out of the garage. Thankfully, just like Homer Simpson, my complete laziness had caught the attention of a few kind neighbors. Many mornings, I awoke to a clean driveway; it was plowed by a worried neighbor. Between the car-flattening and the neighbors doing the work, I went that winter without even buying a new shovel. I can confidently say that I know Homer Simpson would be proud.

Looking for more ideas? Check out these sites: