The Most Unclean Times In History

Posted on January 17, 2014 by Fatima Wiszniewski 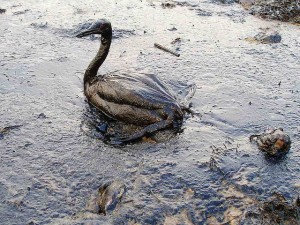 History has repeatedly shown us how messy life really can get. If you ever feel overwhelmed by laundry and dishes, imagine cleaning oil or even molasses out of your carpets, food, and bedding. Oil spills are devastating on the environment and alter the habitats and homes of animals for years. They are no easy cleanup, no matter how big or small they might be. When you can’t stop the spill, the loss and effects are innumerable. Throughout history, spills of many types have proven to be messy in a damaging and life-altering way.

If you watch the news at all, you have probably read and seen plenty about the most recent oil spill. As the largest marine oil spill to ever happen in the world, the BP Oil Spill in the Gulf of Mexico would change the lives of thousands of Americans and millions of animals. The Deepwater Horizon was a drilling platform that sank on April 22, 2010 after there was an explosion on it two days earlier. When it sunk it caused crude oil to release out of the pipe into the Gulf of Mexico. There was about 4.2 million barrels of oil that hit the water over 86 long days. The damage was huge as the oil covered almost 28,000 square miles that would eventually wash upon the shores of Alabama, Florida, Louisiana, and Mississippi.

An even bigger spill was the Gulf War Oil Disaster in Kuwait. Every single day, enough oil was loss to fuel a car for over 200,000 years, or fly a jet airplane 193 times around the world. Oil spills are nothing new either. Like an artery that is cut, The Lakeview Gusher exploded into non-stop bleeding over a hundred years ago on March 15, 1910. It soared high into the sky; two-hundred feet of gushing oil and sand. Workers spent 18 months carrying sandbags and attempting to slow its rage down.

Oil spills aren’t the only thing causing damage. It might sound strange, but molasses has made history with two disastrous spills. On January 15, 1919 a large tank holding molasses cracked from being overfilled. Over 7.5 million liters of molasses shot out in a great tidal wave that knocked down buildings, trains, equipment, and cars. People were crushed and trapped within its sticky and thick form. The mess took the lives of 21 people while injuring around 150 more. More recently was Hawaiian Spill that happened at the beginning of this year when a leak in a pipe poured 233,000 gallons of molasses. The molasses absorbed into the water making it impossible to clean up and for fish to breathe.

Whenever my house gets on the dusty side, I try to be thankful that it’s only dust I have to clean up. While dust can be easily blown and brushed away, oil soaks into the ground and strangles life around it. It might be hard to believe that anything is more toxic than black oil, but molasses is a deadly match. Oil separates from water and will sit above the water in a combined form. Molasses absorbs into water and kills off the oxygen for marine animals. These unclean times in history will hopefully prepare us to stop and prevent any further tragic spills.